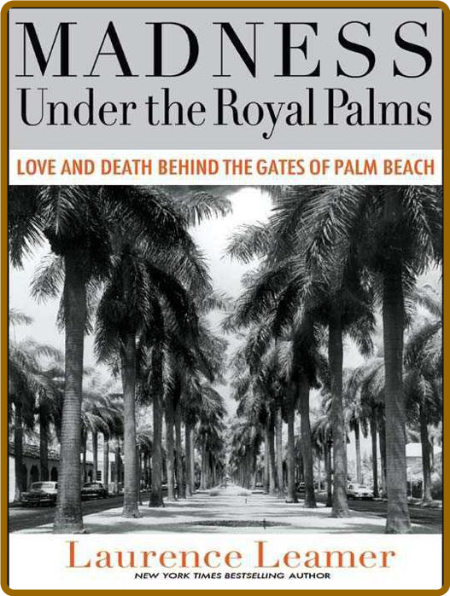 Bernard Madoff's Ponzi scheme has devastated the eternally sunny world of Palm Beach, bringing down multimillionaires and destroying once wealthy widows. At the center of the scandal is the isolated, insulated winter home of the mega wealthy. Suddenly, everyone in America is talking about the South Florida island and the rarified life so apart from the rest of America. Everyone wants to know what are the deepest truths of this strange, exotic universe of wealth and privilege. In Madness Under the Royal Palms, Laurence Leamer has the answers. It took him fifteen years to get them, and to expose the inner life and drama of the wealthy as it has never been exposed before. It is an often shocking, scandalous book that will forever change not only the way Palm Beach is viewed but the life of wealth and privilege in America. Leave it to Leamer, the bestselling author known for getting the inside story on his elusive subjects, to take us behind the walls of America's most exclusive enclave of wealth and privilege. In Madness, Leamer tells a braided story involving a socialite determined to make it to the top of Palm Beach society, two infamous murders, and a powerful society reporter. As a backdrop, Leamer tells the story of the clash between old money and new, religion and status, and the love, lust, and fatal hatreds that determine the shape of a fiercely protected society. The cast of characters include trophy wives, trophy husbands, purported gigolos, glamorous widows, a pioneering gay couple, a wildly irreverent event planner, a sociopathic multimillionaire, and an elegant society queen. For a hundred years Palm Beach has been a fantasy land nurtured by, and maintained for, the megawealthy. In the end, Leamer's tale of money, murder and mad pretension reveals a darker strain. Uncovering that strain, as the author himself writes, turned into as fascinating, in some cases as shocking, and always as unexpected a journey as I have ever taken.