A Joint Enterprise - Indian Elites and the Making of British Bombay 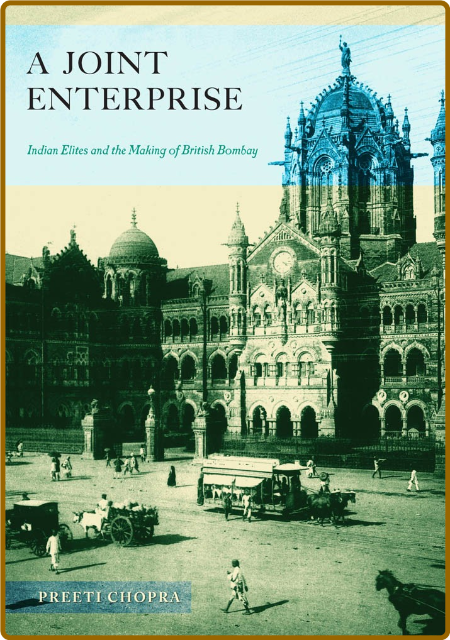 It was the era of the Raj, and yet A Joint Enterprise reveals the unexpected role of native communities in the transformation of the urban fabric of British Bombay from 1854 to 1918. Preeti Chopra demonstrates how British Bombay was, surprisingly, a collaboration of the colonial government and the Indian and European mercantile and industrial elite who shaped the city to serve their combined interests.
Chopra shows how the European and Indian engineers, architects, and artists worked with each other to design a city-its infrastructure, architecture, public sculpture-that was literally constructed by Indian laborers and craftsmen. Beyond the built environment, Indian philanthropists entered into partnerships with the colonial regime to found and finance institutions for the general public. Too often thought to be the product of the singular vision of a founding colonial regime, British Bombay is revealed by Chopra as an expression of native traditions meshing in complex ways with European ideas of urban planning and progress.
The result, she argues, was the creation of a new shared landscape for Bombay's citizens that ensured that neither the colonial government nor the native elite could entirely control the city's future.