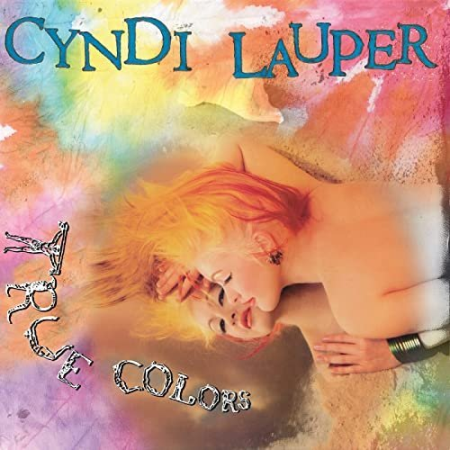 There were a few years in the mid-'80s when one couldn't go out for a cup of coffee without encountering Cyndi Lauper in one form or another. Her videos were playing constantly on MTV, her music was everywhere on the radio, and, best of all, children were even dressing up as Cyndi for Halloween. In retrospect, it was a Lauper-ish but it was all over quite quickly; in fact, the period in the ultra-limelight didn't even span the period covered by two album releases, which means that this follow-up to her smash debut album was relegated to the also-ran pile, with sad results such as only one sort-of hit single (the title track) and nobody apparently interested in imitating the skirt she wore on the back cover photo, which seems like it is made of slashed-up concert posters. Kind of a shame since so much love and attention went into this album. Guest stars and high-dollar session musicians abound, including other '80s icons such as the Bangles and the manic Pee Wee Herman, who provides a great little answering-machine bit at the end of "911." Lauper is a fantastic vocalist, meaning that any record producer worth hiring would be happy to dream up endless settings for her. This album is nothing if not ambitious, and some of the stretches really pay off, such as the ultimately endearing cover of Marvin Gaye's "What's Going On." Other aspects date badly. For example, highly reverberated and artificial sounding drums and keyboards were really popular at the , but a vocalist with a clear voice such as Lauper sounds much better in the context of real instruments with their warmer sounds. When it comes to tunes such as the nice Cajun number "The Faraway Nearby," drums should have been turned way down and other instrumental colors brought up. Despite these sorts of problems, there really wasn't that much music recorded by this artist during her most popular period, so fans will no doubt want to own it all.

05. Cyndi Lauper - Calm Inside the Storm

08. Cyndi Lauper - The Faraway Nearby

11. Cyndi Lauper - Heading For The Moon