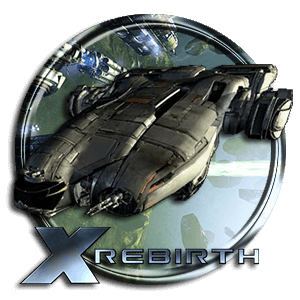 In the distant future, the X universe faces a period of profound and irrevocable change. While the universe stumbles towards an uncertain future, countless adventures await as new enemies rise in search of power. Enter a young adventurer and his unlikely female ally traveling in an old, battered ship with a glorious past - two people alone against the galaxy, playing a key part in the events to come. The fate of the universe rests in your hands...

X Rebirth represents a spectacular new beginning for the X series, offering loyal fans and newcomers alike a vast, vivid and extremely detailed universe to explore throughout the game. Varied gameplay elements such as action-packed space combat, detailed trading mechanics and high-speed space exploration with fast travel allow players to experience a truly unique space saga that will keep them hooked for dozens of hours. X Rebirth features a whole new user experience - it is easier than ever to start with, and remains as deep as fans expect it.

TRADE! A fully simulated economy that means your actions really do matter. Travel the space highways to ﬁnd proﬁt in gigantic space cities, swarming with ships and drones.
Every ship you see has a task. Stop a freighter from reaching its destination and its cargo will be stopped too, causing prices to rise.
FIGHT! From small scale skirmishes to epic ﬂeet encounters, battles in the X Universe know no limits. Choose to ﬁght for the military, work for the police or be a lawless pirate, or if you prefer just ﬁght when you need to defend yourself - it's up to you.
Take the action right into massive structures. Target turrets and shield generators to weaken your enemy, damage engines and jump drives to prevent their ships from escaping, or stop their factories producing to cripple their economy.
BUILD! Create your own empire! From trading stations to large factories, farms to hightech military complexes, everything can belong to you. Build for trade and proﬁt or to strengthen your military presence and dominate your enemies.
Extend and upgrade your stations to make them operate more efﬁciently, with every element visible in glorious animated detail. Harvest your own resources to keep your empire running smoothly.
THINK! A rich, detailed history and a deep complex plot await you, but you are free to decide when and where to take part. Explore the universe at your own pace - choose your own path and create your own destiny.
Get up-close and personal with aliens and humans alike. Land on stations, meet people, then accept missions from them or hire them as crew members for your ships.

It is the year 2938. The long wished-for encounter of the X Universe and the Earth holds both joy and sorrow for the people. Despite flourishing trade, the clash of the diverse races, cultures and life forms creates new tensions, mistrust and open conflict that need to be overcome!
Experience the brilliant climax of the legendary X-Trilogy , and take your place in the history of the X Universe.

Features
Largest X Universe ever.
New faction: the Terrans – inhabitants of the Earth.
More jobs and non-linear missions than ever before.
More than 100 new spaceships, new ship classes and weapon systems.
Re-designed user interface for comfortable control by mouse, keyboard and joystick.
New group management tool.
Large battleships can be boarded by an outside team. 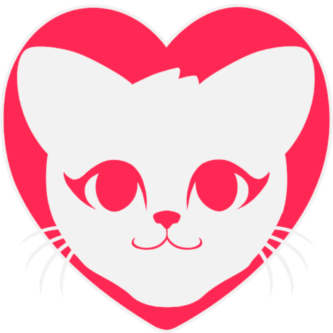 Visit beautiful locations from across the globe while you find and collect adorable feline friends! I Love Finding Cats features classic hidden object gameplay across a wide variety of scenes with a great collection of mini-games sprinkled throughout! 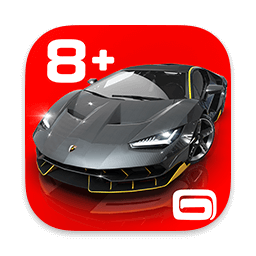 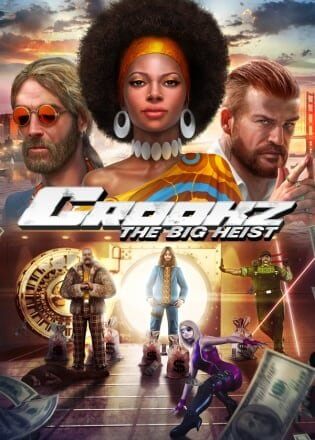 It’s the 1970’s: the era of Funk, flared jeans and disco-fueled Saturday nights. A crack team of expert thieves turn Grand Larceny into an art-form by using their many talents to break into the richest homes and steal the finest jewelry – all to finance their hedonistic lifestyles. That is until a lucrative museum heist in Venice involving a famous gem known as ‘Luna Stone’ ends in betrayal and the team broken apart. Five years later the remaining gang members reunite with a plot for revenge against their traitorous former comrade – but naturally, their plan will also make them rich beyond their wildest dreams…

Crookz – The Big Heist is a tactical strategy game set in the funky 1970’s with a slick and groovy atmosphere. Show off the art of thieving by plotting stylish heists and robberies; utilizing espionage and quick-thinking to avoid detection. Implement a successful strategy by assembling and kitting out your team before the job and planning the best way in.

Diverse and thrilling Single player campaign.
18 extensive missions set in a colorful and stylish 70’s setting.
Customize your gang of thieves choosing from a variety of playable characters. The powerful bruiser makes a good hatchet man, while the locksmith is responsible for the finishing touches.
Kit out your team with all manner of elaborate tools: like camera jammers, chloroform or explosive charges.
Test your skills under tough conditions in Challenge Mode by unlocking new heists and competing for the ultimate highscore against other players.
Unique gameplay mixes quick-thinking with in-depth strategy.

A so-called "Rhythm RPG", packing in a fully-fledged story mode with a colorful cast of musically-empowered heroes and villains, The Metronomicon sees you take control a party of eight newly graduated masters of the “rhythmic combat arts” to wage musical warfare against a multitude of dance-mongering fiends. By switching between four concurrent hero-controlled tracks on-the-fly, you’ll select and activate a wide array of abilities and spells, buffs and nukes, with your performance and timing all-important in ensuring the effectiveness of your moves.

In the RPG spirit, you’ll need to improve your characters’ stats, hunt down powerful equipment, and combine a multitude of newly-learned abilities – switching between tanking, healing, buffing, and damage-dealing classes as required in real time.

The Metronomicon features a fantastic, fully-licensed soundtrack featuring some of the hottest electronic, synthwave, chiptune and indie artists, including an exclusive track from Jimmy Urine of Mindless Self Indulgence, an unreleased track from Shiny Toy Guns, along with tracks from YACHT, Perturbator, J-Punch, Dj CUTMAN, and many, many more. As much a soundscape as it is a soundtrack, the music behind The Metronomicon is set to be every bit as varied and exciting as the gameplay itself.

Unique Rhythm RPG – slay fearsome beasts to an even fiercer beat
An epic quest - A wide range of characters, with locations ranging from a medieval party yacht to a rockstar-haunted castle – and many more!
A soundtrack like no other – a powerful, ear-shattering mix of electronic and indie music featuring renowned artists such as Jimmy Urine of Mindless Self Indulgence
Progress - improve your characters’ stats, hunt down powerful equipment, and combine a multitude of newly-learned abilities – switching between tanking, healing, buffing, and damage-dealing classes
Replayability – freeplay mode, ranked side quests, and a devilish arena enable you to revisit the game’s awesome soundtrack at your own pace, with different gameplay options and character choices available 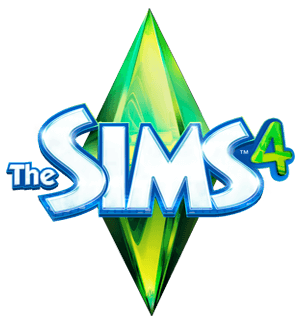 You can create any Sim you can dream up. Plan their lives, pick their friends, make enemies, and watch their hilarious stories unfold. Go ahead, make a Sim whose greatest aspiration is to hone his gardening skills. With enough work, he might become the world’s greatest freelance botanist. Or maybe you want to create a hilarious prankster who yearns to be the life of the party. Will she end up a criminal mastermind? The choice is yours. There’s no predicting how huge personalities will collide in The Sims 4 – help your Sims pursue a career, learn new skills, make friends, and start relationships. How will you rule?

Create Sims with big personalities. Create and control a new generation of Sims! With huge personalities and even bigger aspirations, your smarter sims are more relatable, have the ability to multi-task, and come to life with new emotions and lively animations. They provide you with endless possibilities to create stories that are rich, entertaining, and often downright hilarious.

Enjoy powerful creative tools. The Create A Sim tool and Build Mode have been reinvented to be more powerful, intuitive, and fun than ever before. You have the control to sculpt Sims with tactile precision. Effortlessly construct the home of your dreams with the room-based Build Mode. Styled Looks and Rooms inspire you with curated outfits and designs to add to your Sims and homes in The Sims 4.

Share your creations. The all-new Gallery allows you to view, share, and download new content without ever leaving your game. Get inspired by and enjoy the rich content created by The Sims community, and add new experiences to your game. You’ll never run out of fun. 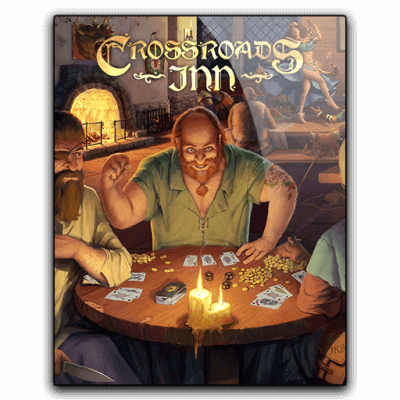 Pests & Puppies DLC with lovely pets and malicious pests
The Pit DLC - open an underground basement and run all kinds of illegal activities
Hooves & Wagons DLC - guests now own horses and bring wagons with them
Bath & Beauty DLC offering beautiful bathtubs and bathrooms
Crops & Harvest DLC (new content!): time to gather crops and feast!
Digital goodies pack: unique cookbook, soundtrack, all sketches and concepts that were used during development
FLCs and event-related items
New bard and a new adventurer
Chinese language support! - Crossroads Inn turned out to be an indie hit on Chinese market and along with Anniversary Edition lands a Chinese (simplified) version of the game!

Among the most significant improvements to the base game Anniversary Edition will offer::

New Pathfinding & AI - no more blocking on stairs, no more horses trying to reach stables through Inn’s main hall;)
Engine Performance - A lot of performance-related issues will be eliminated by upgrading the game’s Esenthel engine to its latest version. We have joined forces with Greg Slazinski, a creator of the engine. Big thanks, Greg!
UI & Tutorial - Crossroads Inn is not an easy game, especially for beginners. This is why devs are now working on an extensive help system that includes better UI, loads of tips available through loading screens, innkeeper journal, and in-game tutorials.

Crossroads Inn is a real-time management sim with RPG elements. The game consists of two unique modes offering totally different experiences.
In Sandbox mode gamers will focus solely on managing their business and economy – to build their very own tavern, hire and oversee staff, manage the supply chains and create new dish recipes. In Campaign mode, micromanagement is just a prelude to a rich story as the kingdom is in turmoil and a shift of power is expected. Your Inn will soon attract the attention of important political and military figures, who are desperately trying to hold on to the reins of power. Gamers will become part of a large-scale drama full of political intrigues, vivid characters, treacherous NPC’s and dangerous quests inspired by RPG games – You will even have a damsel in distress to save! 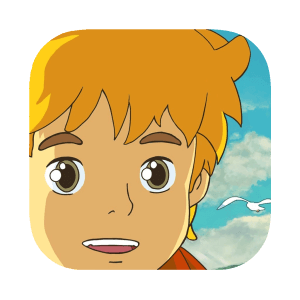 Journey through a magical land teeming with mysteries to unravel.

Baldo: the Guardian Owls is full of challenging puzzles to solve and intricate dungeons to explore.
Traverse this captivating open world as Baldo, and meet a host of quirky and unforgettable characters, as you struggle to decipher the cryptic prophecy, and thwart destiny.

From delightful whimsy to thrilling adventure, discover new towns and their distinctive inhabitants, fight ferocious foes, locate hidden temples, and collect objects both magical and mundane to obtain powerful new weapons, or to help unveil the myriad secrets of this strange land. 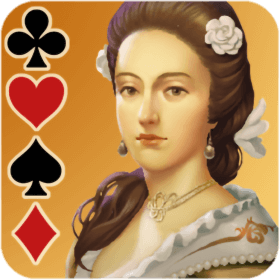 Grab some cards and keep cool in the shade. It’s time for a picnic and a game of Solitaire!