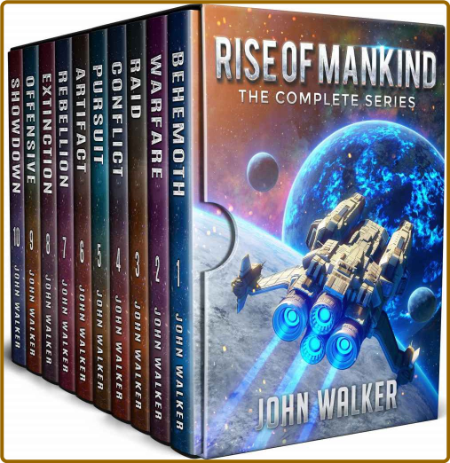 On the eve of Humanity's first great journey beyond our solar system, tragedy strikes. Hostile ships arrive, attacking the fledgling fleet and decimating it with ease. Only the intervention of strangers, benevolent aliens prevents the total annihilation of not only the starships, but the planet itself.

Offering the means to defend themselves in the form of shared technology and a liaison, humanity prepares to fight back. They refit the Behemoth, the only surviving ship from the initial attack and embark on a quest to join their saviors. A war is brewing against a zealous enemy, one with a single minded notion to destroy every colony, every world, all civilizations.

As humanity works to prove themselves to their highly advanced allies, they travel to the far reaches of the galaxy. Every test pushes them toward their ultimate confrontation, a final match with those who attacked them in the very beginning. But will their preparation be enough to defeat a culture literally designed for war?