Chang'an Avenue and the Modernization of Chinese Architecture 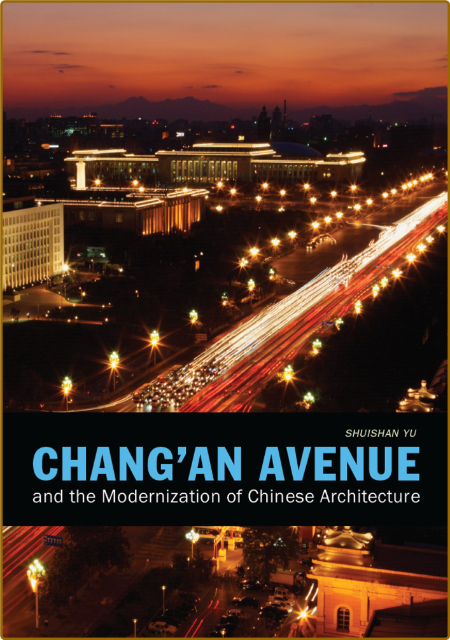 In this interdisciplinary narrative, the never-ending "completion" of China's most important street offers a broad view of the relationship between art and ideology in modern China. Chang'an Avenue, named after China's ancient capital (whose name means "Eternal Peace"), is supremely symbolic. Running east-west through the centuries-old heart of Beijing, it intersects the powerful north-south axis that links the traditional centers of political and spiritual legitimacy (the imperial Forbidden City and the Temple of Heaven). Among its best-known features are Tiananmen Square and the Great Hall of the People, as well as numerous other monuments and prominent political, cultural, financial, and travel-related institutions. Drawing on Chang'an Avenue's historic ties and modern transformations, this study explores the deep structure of the Chinese modernization project, providing both a big picture of Beijing's urban texture alteration and details in the design process of individual buildings.
Political winds shift, architectural styles change, and technological innovations influence waves of demolition and reconstruction in this analysis of Chang'an Avenue's metamorphosis. During collective design processes, architects, urban planners, and politicians argue about form, function, and theory, and about Chinese vs. Western and traditional vs. modern style. Every decision is fraught with political significance, from the 1950s debate over whether Tiananmen Square should be open or partially closed; to the 1970s discussion of the proper location, scale, and design of the Mao Memorial/Mausoleum; to the more recent controversy over whether the egg-shaped National Theater, designed by the French architect Paul Andreu, is an affront to Chinese national pride.
For more information: http://arthistorypi.org/books/chang-an