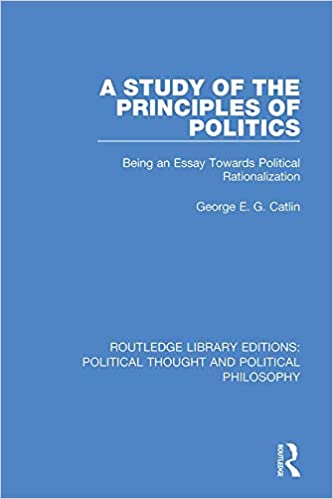 Originally published in 1930, this title brings to its conclusion a work first published, in part, in the earlier volume The Science and Method of Politics. The work was undertaken at first with a view to discovering the forces at work which form the anatomy and determine the physiology of States. However, it became apparent that not States but Society must be the object of study if any progress were to made, and if the inquiry were to be radical enough to disclose, and indicate the means of controlling, the causes which conduce to such social disorders as war. The subject might very well have been treated from a very different point of view. However, the author felt that the approach to politics from the angle of political philosophy and the humanities was less important for the needs of the time than an approach from the angle of psychology and of statistics.