The Reception of Northrop Frye 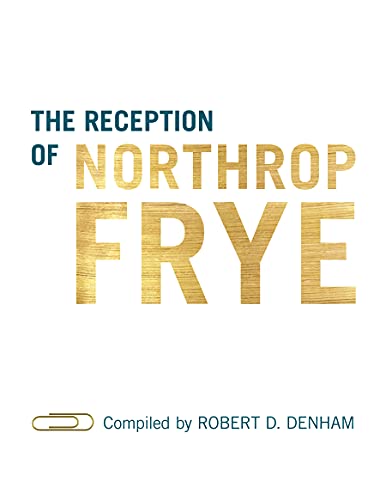 The widespread opinion is that Northrop Frye's influence reached its zenith in the 1960s and 1970s, after which point he became obsolete, his work buried in obscurity. This almost universal opinion is summed up in Terry Eagleton's 1983 rhetorical question, "Who now reads Frye?"

In The Reception of Northrop Frye, Robert D. Denham catalogues what has been written about Frye - books, articles, translations, dissertations and theses, and reviews - in order to demonstrate that the attention Frye's work has received from the beginning has progressed at a geomantic rate. Denham also explores what we can discover once we have a fairly complete record of Frye's reception in front of us - such as Hayden White's theory of emplotments applied to historical writing and Byron Almén's theory of musical narrative. The sheer quantity of what has been written about Frye reveals that the only valid response to Eagleton's rhetorical question is "a very large and growing number," the growth being not incremental but exponential.