Lectures On The Ancient History Of India On The Period From 650 To 325 B.C. 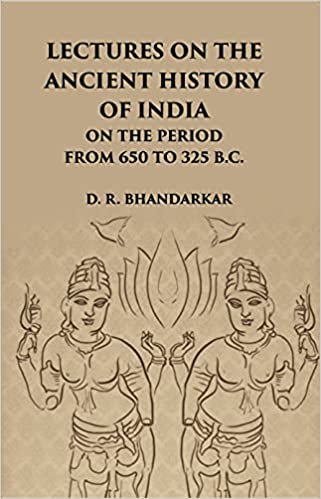 About the Book:-This book contains the lectures which the author delivered as Carmichael Professor of the Calcutta University in February, 1918. Lectures on the Ancient History of India by him is a collection of four lectures focussing on the history of India from 650 BC till 325 BC. It covers a period of ancient Indian history, important yet hitherto unexplored, and provides fascinating details about the life, culture, arts and sciences of the era. Starting with the Aryan colonisation of India and Ceylon (now Sri Lanka), the writer takes us on a journey through the political, administrative and social structures of this period. Much remains a mystery of the ancient Indian land before the classical civilizations of the Mauryan and Gupta empires emerged. Lectures on the Ancient History of India discusses the culture, practices, sciences and arts of society during that time, revealing a country that was far more advanced in relation with the rest of the world. Keeping the valuable matters in mind this book will serve a great purpose to the students of history. About the Author:-Devadatta Ramakrishna Bhandarkar was born in Marathi Gaud Saraswat Brahmin family. He was an Indian archaeologist and epigraphist who worked with the Archaeological Survey of India (ASI). He was the son of eminent Indologist, R. G. Bhandarkar. On graduating in History, Bhandarkar joined the ASI and was posted to the western circle as an assistant to Henry Cousin.As Assistant Superintendent, Bhandarkar worked in the then Rajputana, excavating the city of Nagari in Chittorgarh district in 1915-16. He succeeded George Thibaut as the Carmichael Professor of Ancient Indian History and Culture in the University of Calcutta and held the post from 1917 to 1936. Gandhiji met Dr. Bhandarkar in 1915 at Pune, Bombay Presidency in regards to the South African Indian question. The Title 'Lectures On The Ancient History Of India: On The Period From 650 To 325 B.C. written/authored/edited by D. R. Bhandarkar',