A Practical Guide to Observational Astronomy 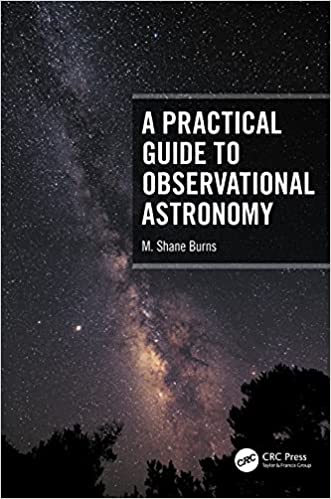 English | 2021 | ISBN: 0367768631 | 175 pages | pdf | 31.72 MB
A Practical Guide to Observational Astronomyprovides a practical and accessible introduction to the ideas and concepts that are essential to making and analyzing astronomical observations.
A key emphasis of the book is on how modern astronomy would be impossible without the extensive use of computers, both for the control of astronomical instruments and the subsequent data analysis. Astronomers now need to use software to access and assess the data they produce, so understanding how to use computers to control equipment and analyze data is as crucial to modern astronomers as a telescope.

Therefore, this book contains an array of practical problems for readers to test their knowledge, in addition to a wealth of examples and tutorials using Python on the author's website, where readers can download and create image processing scripts.
This is an excellent study guide or textbook for an observational astronomy course for advanced undergraduate and graduate astronomy and physics students familiar with writing and running simple Python scripts.
Key Features