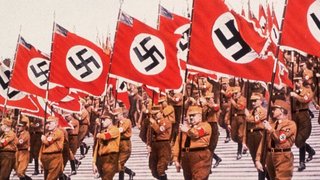 Our course covers everything you need to know on Hitler's life, his leadership, the Nazi Party and German History!
What you'll learn

This Ultimate Hitler and Nazi Germany course contains EVERYTHING you need to know when it comes to Hitler - from his birth in 1889, his early life, his founding of the Nazi Party and his rise to power in Germany. This course will look at everything including Hitler and the Nazi party's mixed fortunes during the Weimar Germany period, how he took advantage of the 1929 Great Depression, his rise to power and how he consolidated power and became Fuhrer in 1934. We will examine in depth ALL the laws the Nazi Party implemented in power, its persecution of minority groups such as the Jews and Slavs - and the reasons that led to the beginning of the Second World War in 1945.

This course is your one-stop-shop - including EVERYTHING including in-depth revision resources and History practice questions - including ESSAY PLANS to practice your essay writing skills!

Who this course is for: