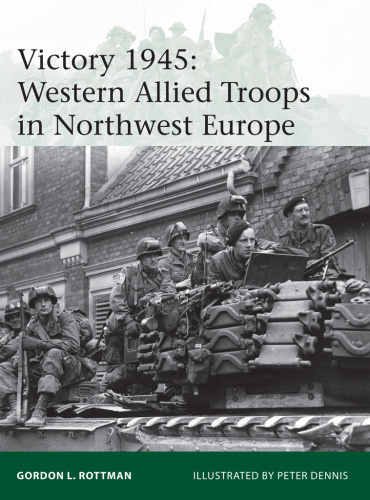 Even when Western Allied troops gained a foothold in Normandy, World War II in Europe was far from over. The route to Germany's interior and the Nazis final surrender was long, arduous and blood-stained. The Wehrmacht's stubborn resistance and the shocking losses suffered by US, British, Canadian and 'Free European' troops meant that the Allies had to adapt and refine small-unit tactics, battle-drills, and their use of weapons and munitions. The troops who finally met up with the Red Army in Germany were a very different fighting force to the one that struggled up the beaches of northern France. This book offers a comprehensive guide to the late-war Allied troops, exploring their uniforms, equipment, organization and tactics. Detailed description and accurate color pictures illustrate the means by which the Allied troops on the ground evolved to the point of winning the war on the Western Front.